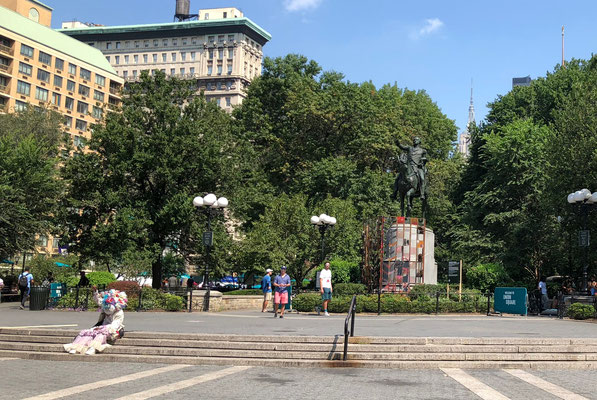 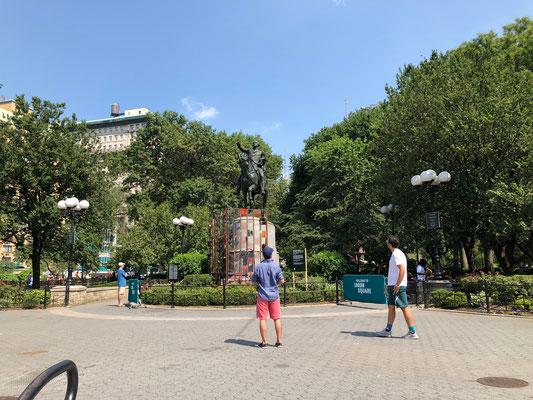 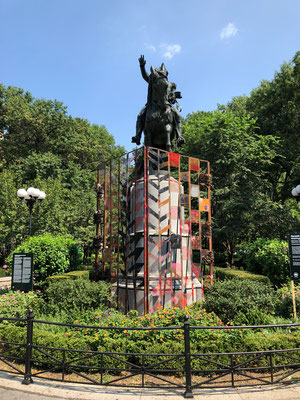 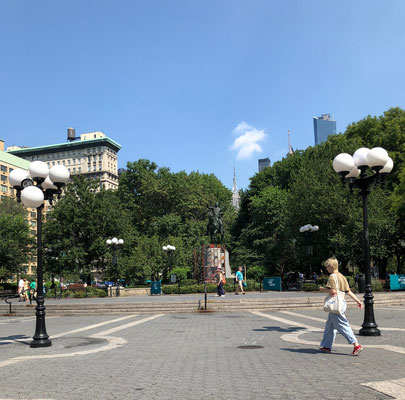 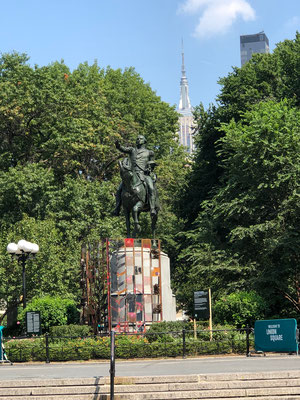 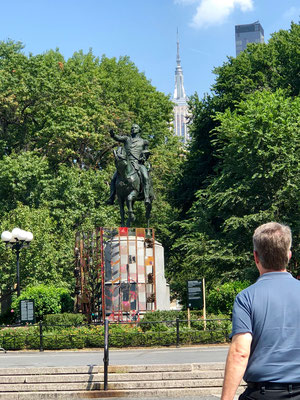 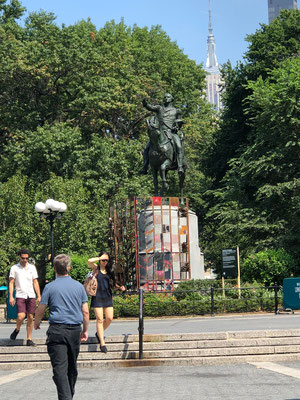 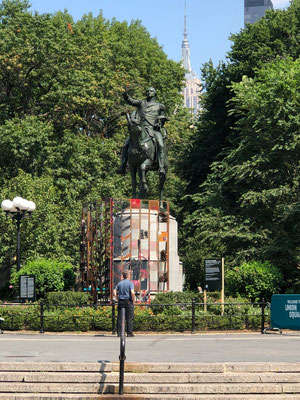 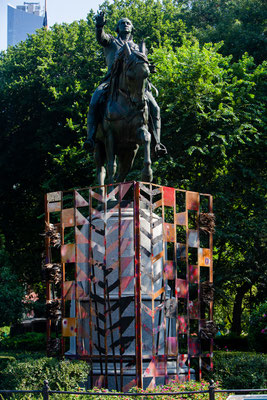 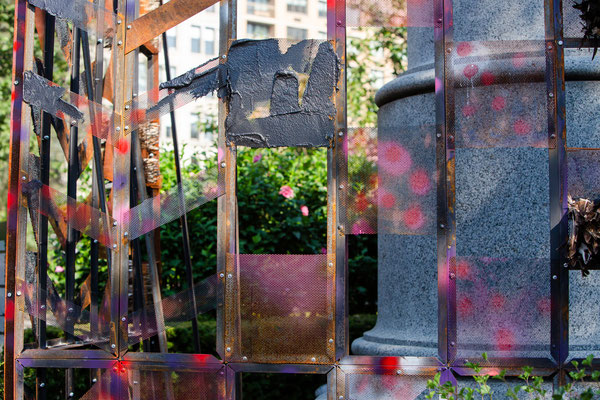 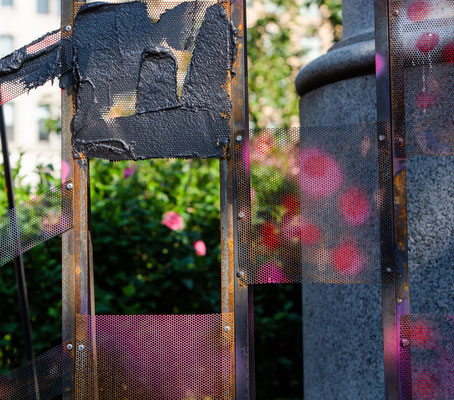 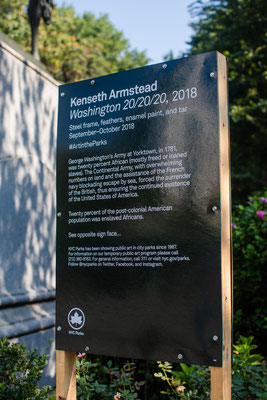 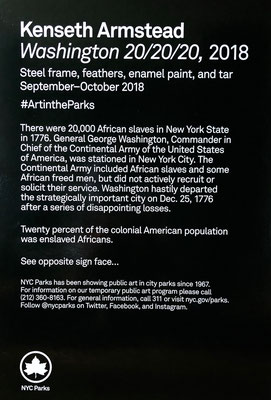 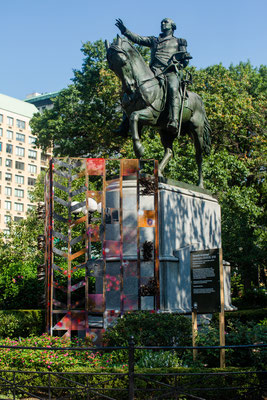 Kenseth Armstead’s Washington 20/20/20 was installed at the 14th Street plaza in Union Square Park. Presented as part of NYC Parks’ Art in the Parks program, the sculptural form was composed as a companion to the first sculpture on New York City park land, the George Washington Statue in Union Square. The design of the work was taken from the elaborate frescoes of Tiebele, Burkina Faso, the royal court of the Kassena people, where every home is hand-painted. Washington 20/20/20 transformed the two-dimensional marks into translucent perforated steel forms on a two-ton angle iron steel frame.

Washington 20/20/20 was an African architectural adornment to the solid granite base of the existing park monument. The work referenced the 20% of the colonial population that were enslaved Africans; the 20,000 slaves in New York State in 1776 when Washington retreated from New York City; and the 20% of Washington’s continental army that was African at Yorktown, Virginia, where he was able to defeat the British in 1781.

Washington 20/20/20 is a part of Armstead’s ongoing series Farther Land. These works explore the African-American experience inside the American Revolution. Farther Land symbolically reflects on 10 years of the artist’s research on the true story of slave turned double-agent spy James Armistead Lafayette. The series responds to the age of revolution and the founders’ declaration that “all men are created equal” with irony and suggestive formal content.

About the project's hosts:

For more than 50 years, NYC Parks’ Art in the Parks program has brought contemporary public artworks to the city’s parks, making New York City one of the world’s largest open-air galleries. The agency has consistently fostered the creation and installation of temporary public art in parks throughout the five boroughs. Since 1967, NYC Parks has collaborated with arts organizations and artists to produce over 2,000 public artworks by 1,300 notable and emerging artists in over 200 parks. For more information about the program visit www.nyc.gov/parks/art.

The Union Square Partnership is a 501(c)(3), non-profit organization that works to ensure the Union Square district’s continued growth and success by providing a wide range of services and programs including public safety, economic development,marketing, and events like Summer in the Square, Harvest in the Square, Sweat Fest, It’s My Park! Day, and by investing in the beautification of Union Square Park. Learn more about our over 40 years of community partnerships at unionsquarenyc.org.